Out of the Pits is a not for profit organization that was founded in 1994. We seek to educate the public about the true nature of the American Pit Bull Terrier and to make them aware that they used to be one of America’s favorite breed of dogs. Our efforts are aimed at restoring the breed to its former position of esteem in the hearts and minds of people everywhere. 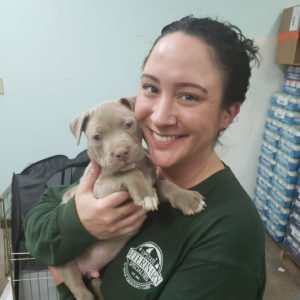 Our main focus is education. We visit dozens of schools with our certified therapy Pit Bulls to teach humane education throughout the New York Capital District, as well as nearby Massachusetts and Connecticut. We are also a rescue organization. Since our inception, we have successfully rehomed over 3,000 dogs, and helped many more stay in their homes.

Our educational program continues to expand as we are currently developing curriculum for working with children in areas where Pit Bulls are particularly at risk. In the near future we hope to have fully developed presentations available for delivery at all levels from elementary through college. If interested in bringing one of our programs into your school, please contact us at info@outofthepits.org.

Children will determine the future of the Pit Bull and their acceptance of our in-school programs has been heartwarming. But our education efforts must continue to grow. For every acceptable home found for one of our dogs, we receive hundreds of calls asking that we rescue a Pit Bull. Only when the true nature of the breed is recognized, will a sufficient number of loving homes open up to the many thousands of displaced dogs filling streets and shelters.

To address this need, we launched a Low Cost Pit Bull Spay-Neuter Program many years ago, called “Fix-A-Bull.”  The Fix-A-Bull Program is an attempt to address the Pit Bull overpopulation problem and the fact that there are not enough responsible owners or good homes for Pit Bulls. Sadly, we receive approximately 1,000 requests per week to take unwanted Pit Bulls. Shelter statistics are equally staggering – it is estimated that more than 80% of Pit Bulls in shelters are euthanized, and typically only 1 in 600 Pit Bulls finds a loving home.

Please visit our “Spay-Neuter” page for information on how to get your Pit Bull spayed or neutered for a discounted price, or visit our donations page if you would like to make a contribution to help support the Fix-A-Bull Program.

OUT OF THE PITS, INC. IS A REGISTERED 501c3 NOT-FOR-PROFIT ORGANIZATION.

All members of our organization are volunteers, and 100% of all donations are dedicated to saving the dogs.

Your donations pay for their food, housing, and veterinary care. IRS authorization number is 16-1560721. Right now, we are able to save only a small percentage of the abandoned and abused Pit Bulls that we are asked to accept into our program every day. Many must be turned away only because we lack sufficient funding. Your contribution will help save a dog’s life.

Our Board of Directors

IT STARTED WITH ALEXIS 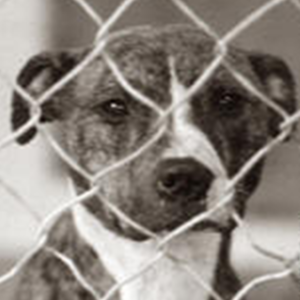 We chose Alexis to represent Out of the Pits because she exemplifies the miracle that can occur when someone reaches out to save one of the many doomed Pit Bulls whose cages line the walls of local pounds and shelters.

Cydney Cross had been called to the shelter after police brought in 30 Pit Bulls from a drug raid. The shelter was already filled to capacity, and all would be destroyed unless spoken for quickly– there was just no way to save everyone. In a distant corner, one small bedraggled female caught Cyd’s eye. She wasn’t much to look at–just a waif– thin, filthy, and covered with open wounds. Some of the other dogs were in better condition, less frightened– more promising. Yet, there was something different about this quiet presence facing the back wall– only occasionally casting a glance over her shoulder toward the stranger. 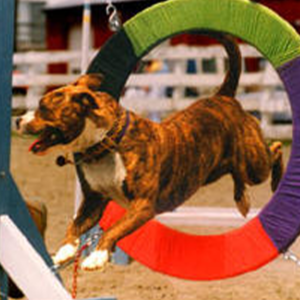 Seriously abused, her wounds revealed that she had been used for fighting. She was exceedingly thin, encrusted with dirt, crawling with fleas. Still, Cydney felt herself strangely drawn to the quiet little dog and found herself driving home at the end of the day with the dog, that she had already named Alexis, on the seat beside her.

“We were just starting to rescue Pit Bulls,” she says, “I wasn’t sure what I was getting into, but I thought I might foster her until we could find a home. Then, she crawled over and put her head in my lap. When I saw the trust in her eyes, I knew that she belonged to me.”

After nursing her to health, Cydney began Alexis’ basic obedience and agility training. Gradually, the dog’s confidence increased. Within a year she had passed her “Canine Good Citizenship” and “Therapy Dog International” tests. Her natural warmth and welcome presence was soon felt in nursing homes, hospitals and at Out of the Pits awareness clinics. In 1999, Alexis became the star performer and children’s favorite at elementary and secondary school workshops.

Alexis made dozens of appearances on TV, was featured in many national publications. Today, her efforts on behalf of Pit Bulls everywhere serve as testimony to the indomitable spirit and people-loving nature of this remarkable breed.

Sadly, we lost our sweet Alexis in early 2008, but she remains our Ambassador Dog and the memory of her joy and grace will stay in our hearts forever!

Now’s your chance to make a difference and save the lives of homeless Pitbulls. Your generous donation helps provide shelter, food, and medical care to hundreds of Pitbulls who enter our shelters each year.